This guide walks you through adding Domination support to your map.

In this guide we will explain how to add the Domination game mode to your map.

Let’s first give a brief overview of what this game mode is about.

There are three objectives that each have a short capture time, and are located not too far from one another. Both teams initially spawn at a fixed location, but subsequently, players will respawn individually across the map. There are no waves, and respawns are instant. The game will try to let players respawn in areas with none or few enemies.

The goal for each side is to reach 200 points as soon as possible. Points are given for holding an objective. The more objectives you hold, the faster you earn points and, of course, the less points the enemy team gets.

Because of the close distances between objectives, fast capture times, and the instant respawning, Domination makes for one of the most intense, fast-paced modes featured in Insurgency: Sandstorm.

Let’s start with adding the initial spawn areas. Go to whatever location you choose and add 16 Player Start actors.

Make sure to select the top Player Start Actor, as the bottom one is the default Unreal Editor one.

Group them together and add a Spawn Zone volume next that completely covers the Player Start actors.

A Spawn Zone volume and 16 Player Start actors inside it. 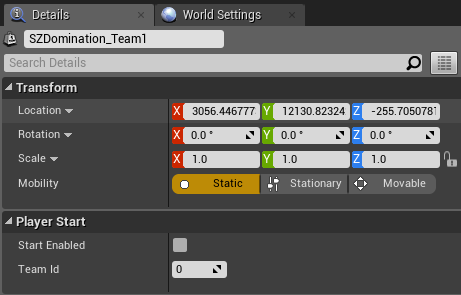 The spawn zones need a name that the Player Start actors can be linked to. Name the one for Security “SZ_Domination_Team1” and set its Team Id to “0”.

Do the same for the Insurgents and name it “SZ_Domination_Team2” and set Team Id to “1”.

Now go back to the Player Start actors and disable them, give them the correct Team Id and link them to their corresponding Spawn Zone volume. 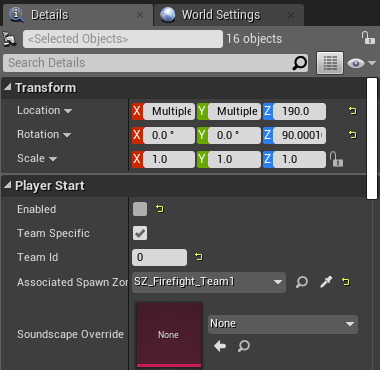 Next is adding the respawn points. These are the same Players Start actors as used for fixed spawns, but they need a different configuration.

Add a lot of these across the map. The more you add, the better choice the game is able to make to respawn players back into the game.

A good spot for a respawn point is relatively safe, not too close to the action, but also not too far away and spawns the player roughly facing the direction he needs to go.

Avoid putting respawn points on objectives or in open areas like a street or a big courtyard.

Domination requires three objectives, each of them consists of a Capture Zone (CZ) volume and an Objective Capturable (OC).

The former indicates the area that players can capture from while the latter represents the location of the objective icon in the HUD. 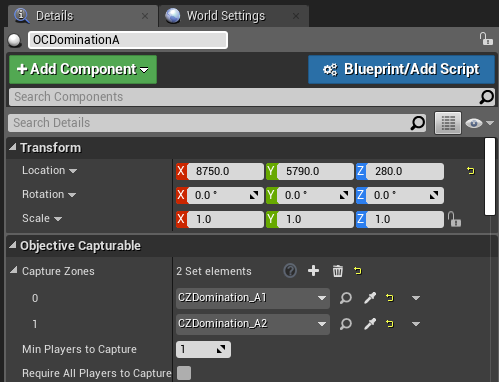 Now do the same for objective B and C.

Now we’re gonna add two PlayableArea volumes. One is to define the area where players are allowed to go and the other will tell the game what area of the minimap should be shown.

Scale and shape the first one so it covers whatever area you want to be accessible to the players and rename it “PlayableAreaDomination”. Set “Playable Area Type” to “Playable Area”. 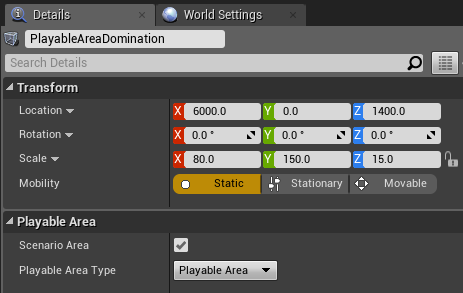 The second one should at least cover the area that is defined by the first one. To avoid stretching and squeezing on the minimap, make sure this volume is a square in the Z plane. 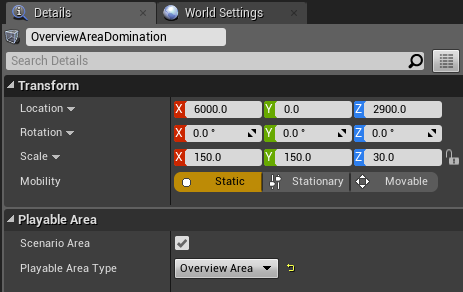 Next up is creating and configuring the Scenario. In the Content Browser, browse to “[Your Mod]/Scenarios/Versus”, right-click in an empty space and select “Insurgency > Scenario”.

Select “ScenarioMultiplayer” and click on “Select”. This will create the file, which should be renamed to “Scenario_Yourmapname_Domination”. 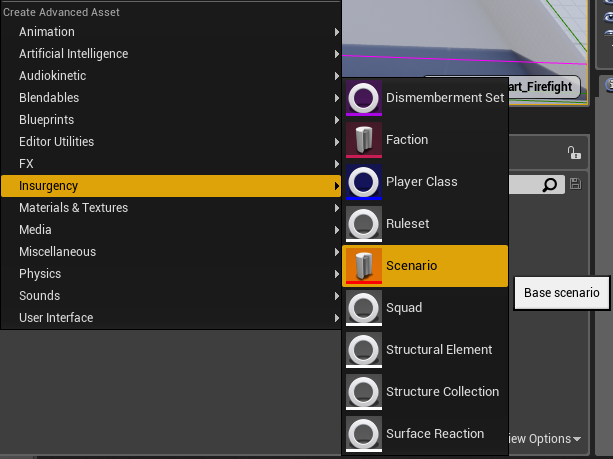 Now double-click to open it. A Scenario file basically tells the game what to do when a specific scenario is activated. This is where you select the required game mode, sublevel, Spawn Zones, Objective Capturables, etc.

After configuring it should look as below (will vary, depending on the game mode). 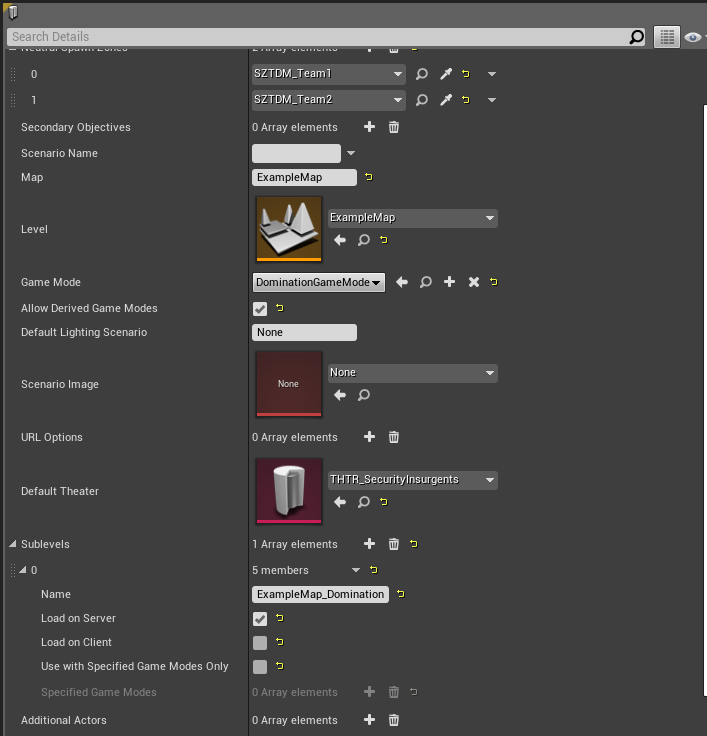 The only thing left before you can jump in-game is adding your newly created game mode to the default scenarios of the map. Go to “World Settings” and add a new element to “Default Scenarios”. 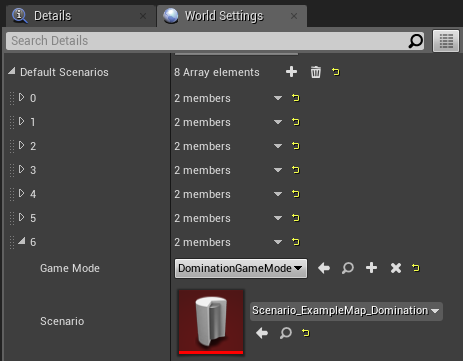 As Game Mode select “DominationGameMode” and then browse to your scenario file for the Scenario parameter.

I followed everything precisely and wola! It works like a charm :)