View all by Snakeyio · Mutator mods 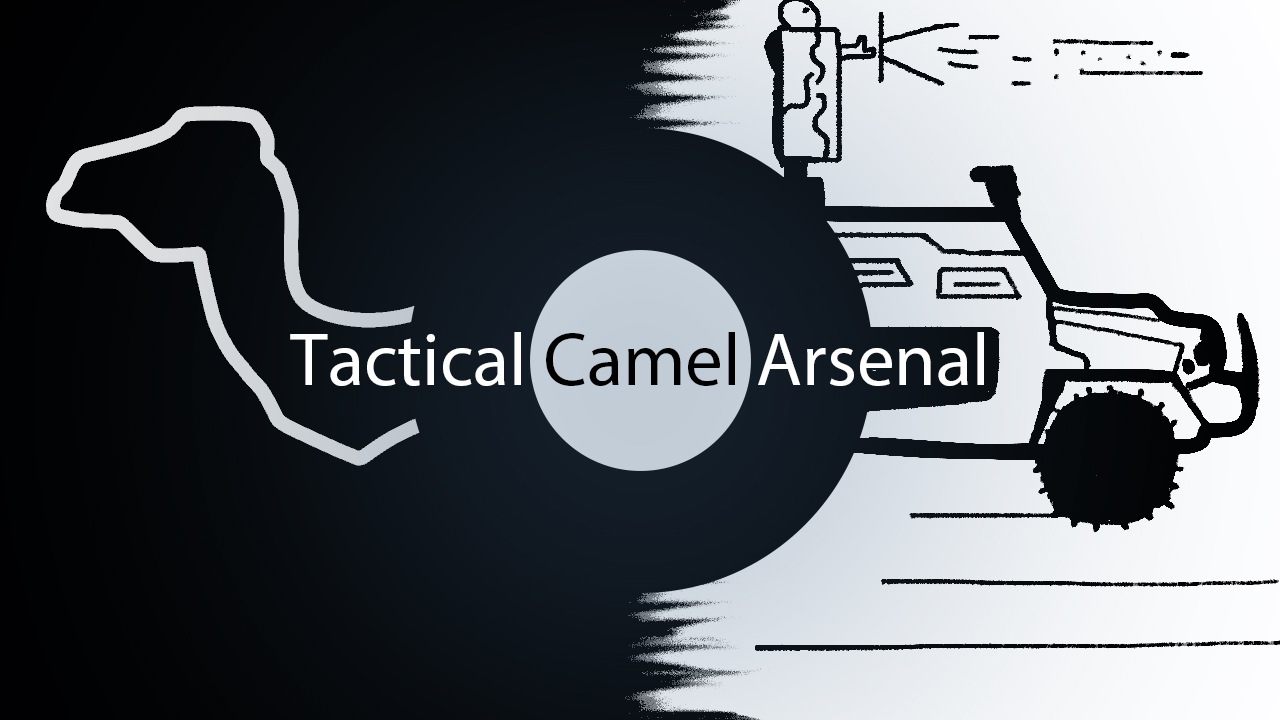 This mod has been replaced by Mad Ammunition: Insurgencysandstorm.mod.io

More than 30 slots for explosives! 2 primaries, 2 secondaries from 2 classes! Arsenal and Cache for each faction.

- Leader: Can lead the entire team including their weapon cache on their back alone!

- Camel Whisperer: can summon a camel and carry an arsenal alone!

- Dad Bruiser: The father of all the naughty kids!

- Cousin Bruiser: The cousin of baby bruiser that looks like a dirty biker and run twice as fast.

- More classes incoming, including PUBG! and some dank memes.

You will be able to use machete melee weapon and infinite molotovs only if you choose one of the frenzied classes.

To spawn it, its like tactical armory mod, you use ur binoculars to spawn the camel or GAZ Tiger as the camel whisperer (Security) or leader (insurgent)

Reduced minigun support calls to 2 per round.

Reduced vehicle spawns to 25 per round :) it got abused!

Do not use with any mod that modifies fire support.

Added a new class: Camel whisperer. You can sprint faster than anyone else. You are the commander and observer at the same time.

- Has flame farts (Not working)

- Screams like a human when his legs are tired (Working)

- Can drive sideways on walls (Working but dangerous)

- Can enter doors and interiors (Working)

- Will scream everytime you hit the horn (Working)

- Has a torture chair and a mounted machine gun (Not working)

- Protects players from bullets by keeping them underground xD (Working)

- Supports up to 4 seats (Working)

- Will not explode but pop smoke everywhere (Working)

Fire Support Taccam helped by RareK, vehicle replacements by me. Everything in this mod belongs to their owners and epic games.

Lol are u on fking drugs?

Why not an M-ATV? Can survive 2 RPG shots

maybe in the future, for now anything that's outside the game files is showing no shaders in-game. Also, problems running on the server. Waiting for them to fix it. Otherwise, its best to use the previous version of the editor.

thank you for this

Hey, look at that! I found my MG! Great work Snakeyio!

Here are some feedbacks:
1, It is difficult to mount the MG both for the Humvee and the Camel. For the Humvee, I have to climb up the hood; for the Camel, I have to park it next to sth. tall enough to jump onto its back and then mount...
2, When the Camel got stuck in a corner, sometimes it shows weird dynamics, like move forward slower than backward. After a few turns, it would get back to normal though.
3, The Humvee moves way slower than I thought... It is indeed a truck. Nice truck.

Thanks for your feedback! The next update will make the camel's turret easier to use by putting it on the back.

I have completely reworked the movement for the truck. Now, it has more torque, 8 gears, and higher upgear ratio to keep it stronger uphill!

Screenshot After burner => Steamcommunity.com
Its hard to ride the Camel

Camel can go anywhere, so it gets stuck anywhere XD

OK, this time I do have a decent CAMEL ride~~~~~~Thumbs up to the instant spawn!

But where is my MG?

Ah, yes next update will fix the MG. it was base weapon corruption. Next update!

Hey all, the mod is now working!

Hey guys, I found the issue. It is not related to packaging. You can try playing the camel in Local Play, It will work. Servers use projectiles which have a delay after it, camel should spawn. At this point I didn't set it up.

For now, Local Play Only. Will update soon!

I tried but it seems not working... I can see the TacCam in fire support selection and "Ordering Tactical Camel" on chat but nothing happens even after the marker smoke is gone...

Ah, something is wrong with packaging, I will try to fix it.

delete the 2 points after ur mod folder in this file
C:\ProgramFiles\EpicGames\SandstormEditor\Insurgency\Config\UserEditor.ini

NVM, it is not the issue. Blueprint to server issue.